Most UCLA students have a "bucket list" of things to do before they graduate. Most of them include hiking to the Hollywood sign, those iconic letters perched atop and overlooking the city of angels.

I crossed that one off my bucket list yesterday! Check!
I organized a joint social between SWC's Health, Nutrition, & Fitness Committee and CPR to hike up HollyRidge trail together. The trail itself wasn't too glamourous...the beginning section was littered with horse droppings! However, things improved and there were some nice views looking out on the city along the way. The trail to the front of the sign was closed, so we took the alternative route that brought us right up to the back of the Hollywood sign: 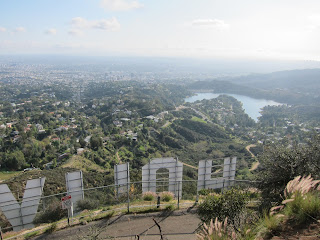 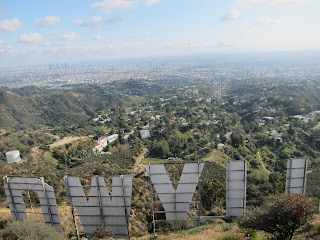 It was a pretty clear day by Los Angeles standards, and we enjoyed the view of the city from atop the windy hill! 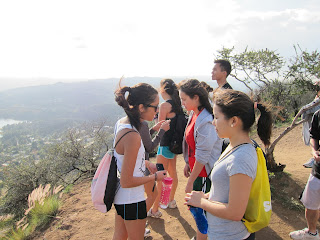 On the way down, we stopped to take pictures in front of the sign as well: 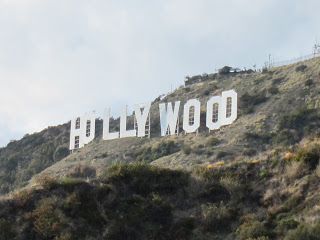 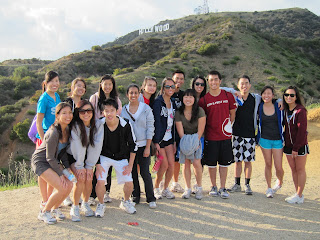 After the hike, which took around 2 hours in total (with picture-taking time!) there was a general consensus of "We're hungry...FOOD!" One of the commissioners suggested Veggie Grill, a vegan restaurant chain with locations in Southern California and Oregon. I'd never heard of it before but was down to try it!

The staff was very accommodating for people with food allergies. They have separate menus of gluten-free, soy-free, and nut-free options that made deciphering the menu really easy! I decided to get the "All Hail Kale" entree salad, which the menu described as "marinated kale and red cabbage, roasted corn salsa, agave-roasted walnuts (I ordered without the walnuts because many times walnuts have peanut traces!) with a ginger-papaya vinagrette." The salad was also mixed in with a bit of quinoa. 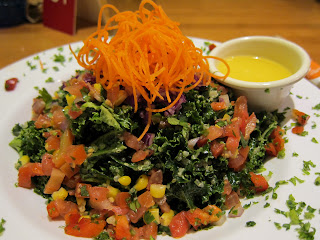 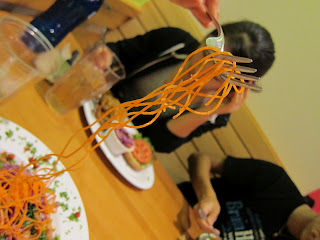 It was delicious! The kale was cooked perfectly, and wasn't too hard or crunchy. My favorite part was the dressing--it was sweet but not overpowering, and gave the salad a nice flair! The stringy carrots were quite the novelty too! My only request would have been for more quinoa in the salad. Although delicious, it wasn't enough for a post-hike meal, and I ended up going back to campus and getting southwest wrap before studying the night away! Overall, though, VeggieGrill was a good experience and I'd definitely go back. I want to try their sweet potato fries, which the Irvine News claims to be "the best fries in the OC."
What is your favorite post-hike food?
Posted by lntu at 6:35 PM