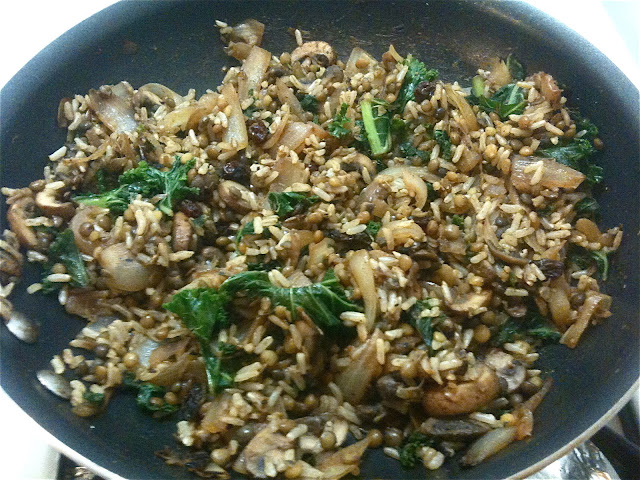 I have an infatuation with the Middle East. Maybe it stems from my fascination with biblical history; maybe it's due to the aura of mystery and exotic culture that I've always associated with the region. I'm pretty sure, though, that a large part of my interest in the area is due to the fact that I love Middle Eastern food. Period. The spices, the beans, the rich flavors...yum!

(somewhat unrelated)...I was studying with a friend this afternoon and decided to cook for us. I looked in my fridge and realized I had the right ingredients to make something that I saw earlier that day when I was browsing through some global food blogs. It was called "mujadara." I admit, I had to look it up to see what it was; it's apparently an Arabic dish popular among Egyptians and Syrians. Arab Christians eat it during Lent, and Middle Eastern Jews traditionally eat it twice a week. It has a couple of odd nicknames: it's called "Esau's favorite" (maybe the Biblical patriarchs ate this dish!!!), and the word "mujadara" apparently means "smallpox"because the lentils among the rice resemble pockmarks. I'm glad I didn't know that last fact when eating it, because I might have been a bit disturbed.

Anyways, interesting history aside, this was delicious!

I didn't make the traditional mujadara, which consists of just cooked lentils, rice, sautéed onions, and spices... I added a bit more to it :) I definitely liked how it turned out. The extra ingredients add more complexity to the flavors, and the combination and it got the stamp of approval from my friend! 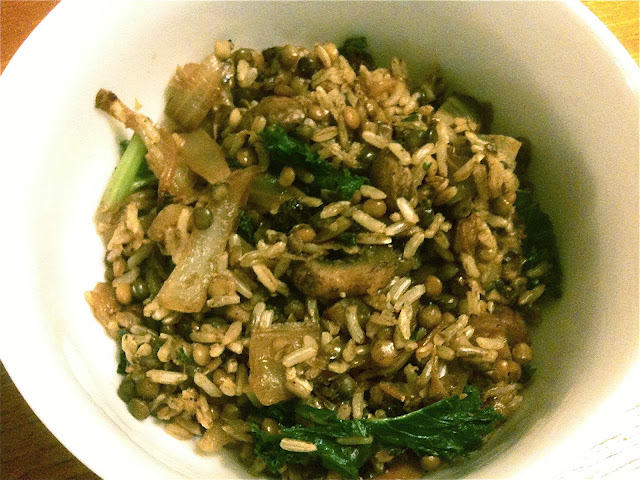 1. Cook the rice and lentils separately. I cheated and used pre-cooked lentils from Trader Joe's just because they're so easy and convenient.

2. Slice the onions into 1/4 to 1/2 inch strips, then sauté over medium heat with the olive oil. 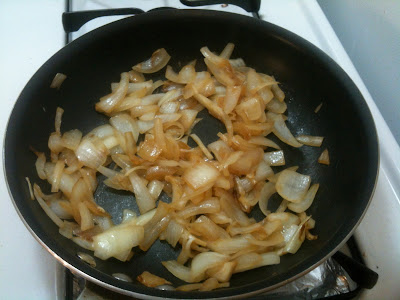 3. Chop up the mushrooms! (Ignore the cilantro...I originally considered adding it to the dish but later decided the flavors were fine without it!) 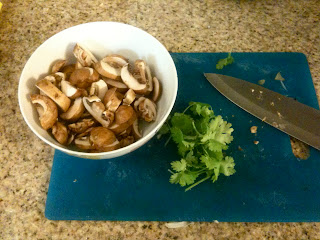 4. After the mushrooms are about 3/4 of the way cooked through, add in the mushrooms and chopped kale. These veggies aren't in traditional mujadara but I decided to add them in to make the dish healthier...and also because mushrooms and caramelized onions always go together in my book! 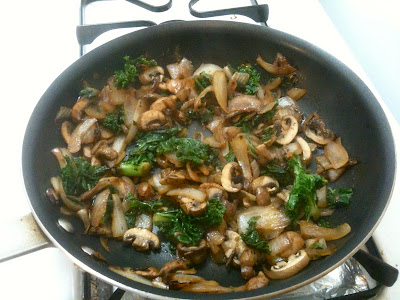 Stir-fry until the veggies are done (the mushrooms and kale stems should be soft). You might have to add some water to keep the onions from burning.

5. Fold in the lentils and rice. Add the cinnamon, cumin, salt, and pepper. You can also add the raisins here. I personally really liked the raisins in the dish; it gave it a unique sweetness and pop of flavor! However, if you don't like raisins...go ahead and omit them, I suppose. I recommend them though :) 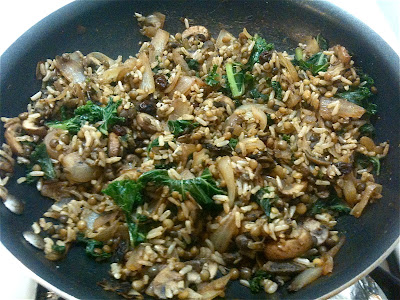 6. Spoon out and enjoy while still warm! 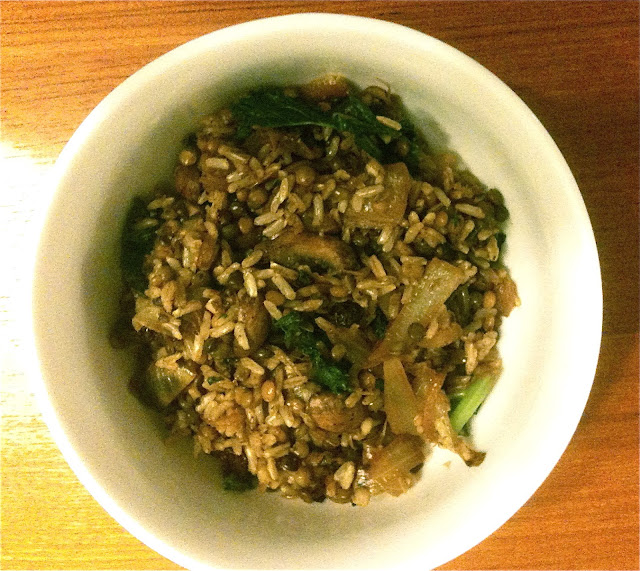